When Disaster Strikes, We Strike Back

Since late February, Complete has been coping with the COVID-19 pandemic, as everyone has. Every newspaper, magazine, blog, newscast, and even sports channels have been laser-focused on the pandemic.  Meanwhile, scientists are predicting that the 2020 Hurricane Season will be hyperactive  and those of us on the Gulf Coast are now turning our attention to preparation.As this blog is being written, Tropical Storm Bertha is hitting the South Carolina coast and is forecast to move inland with 50 mph winds and very heavy rainfall, impacting South Carolina, North Carolina, and Virginia. Bertha is the second named storm in 2020, and we are still a week away from the official start of Hurricane Season.

What are the factors contributing to a potentially hyperactive Hurricane Season?

Read on as we break down all the information we have so far on the potential of the 2020 Hurricane Season.

NOAA’s Climate Prediction Center predicts 13 to 19 named storms with 6 to 10 reaching hurricane strength and 3 to 6 of these Category 3 or higher. NOAA expects the 2020 season to be “extremely active”.

Colorado State University’s Department of Atmospheric Science predicts 16 named storms, with 8 reaching hurricane strength and 4 of these Category 3 or higher. CSU gives the 2020 season a probability rating of 69% for a US Coastline strike (which, as mentioned earlier, just occurred with Tropical Storm Bertha before the season has even begun).

AccuWeather’s Hurricane Team predicts 14 to 20 named storms with 7 to 11 reaching hurricane strength and 4 to 6 of these Category 3 or higher. AccuWeather expects the 2020 season to be “very active”. 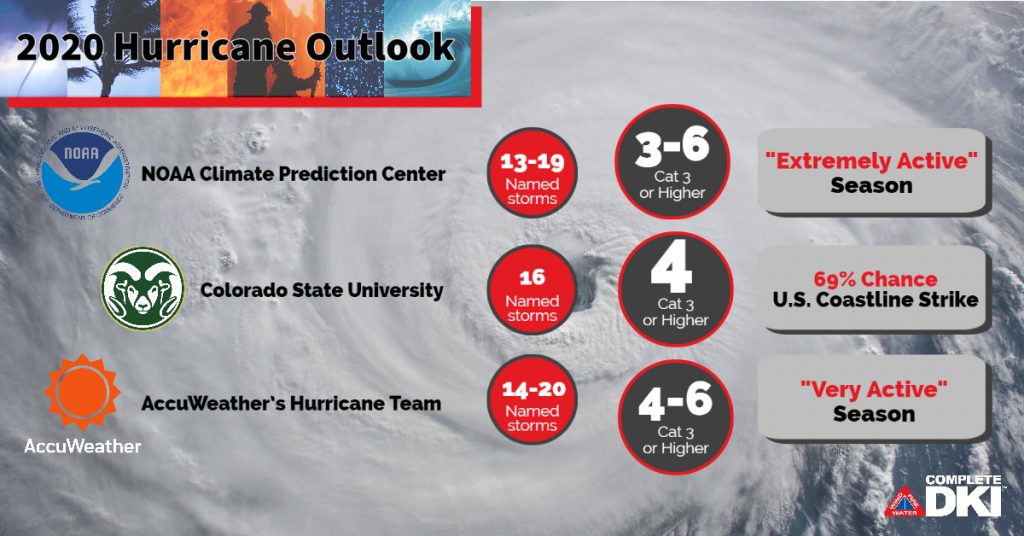 Warm water is fuel for a tropical system. The warmer the water, the easier it is for a system to generate strength. Water temperature needs to be at least 80 degrees (F).  A disturbance, such as a thunderstorm, moves over the warm water while pulling in warm air from multiple directions. The warm water, through evaporation, greatly increases the humidity in the warm air.The disturbance pulling in warm air from multiple directions forces the humid air, fed by the warm water, upwards. As the humidity rises, evaporation at the ocean surface continues to pump water into the air at the lower atmosphere, creating an almost-constant cycle of water being pushed to high altitudes. At high altitude, the humid air vaporizes and seeds clouds, producing rain. The water vapor actually causes the temperature at higher altitudes to increase, which in turn pushes more air from the surface of the ocean upward, increasing the water supply at higher altitudes.This cycle causes the pressure in the center to drop, which increases the amount of wind from higher pressure areas trying to rush into the center. The lower the pressure drops, the greater the wind speed. At the same time, the rotation of the earth makes the disturbance begin spinning, which triggers air from multiple directions to rush into the lower pressure area and form a core.As this process repeats over and over and over, the storm can grow organized, creating what is called an “eye” or center of the storm, and strengthen into a hurricane.Because tropical storms and hurricanes require warm water to keep this process going, water temperatures are a major point of focus for scientists. In March 2020, Gulf of Mexico water temperatures broke a record, measuring 76.3 degrees (1.7 degrees above normal). Obviously, it will not be difficult for the Gulf to hit and then surpass 80 degrees. The Atlantic Ocean itself was 1.49 degrees above normal in March, which also indicates ocean temperatures will easily reach 80 degrees. 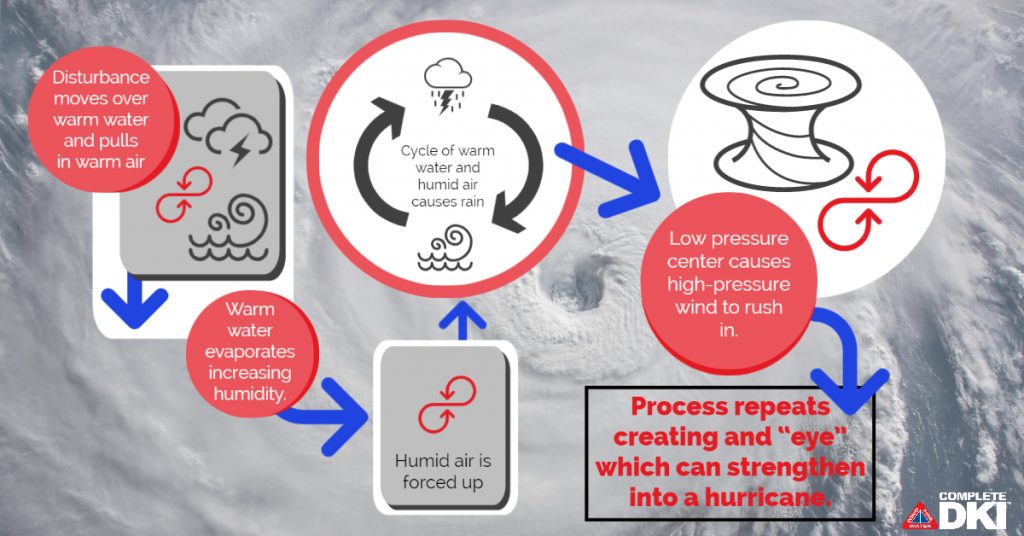 El Niño is a weather phenomenon that occurs over the Pacific. El Niño is caused by warming Pacific Ocean temperatures near the equator. The warming water causes thunderstorms and rainstorms that push westward and create powerful westward winds that also strengthen the jet stream.A powerful jet stream is a hurricane killer as it prevents the hurricane from circulating and it interrupts the feeding cycle listed above.Scientists are predicting that 2020 will either have a very weak El Niño, or no El Niño at all, which will greatly decrease the western flow of wind and weaken the jet stream. Because the jet stream will not be powerful, a tropical system will not have wind shear interrupting the strengthening cycle.

The very warm weather has already broken several heat records in 2020. In March 2020, Miami, FL hit a record 93 degrees, 10 degrees above normal. The warmer the air, the higher warm air travels upwards until it hits colder air, creating water vapor. The higher it travels, the greater the air intake of the disturbance becomes, which generates higher wind speeds.

La Niña is a rare occurrence that produces an upwelling of cold water from the bottom of the Pacific Ocean to the surface. The La Niña event most often occurs after a year with a strong El Niño.La Niña, by bringing cold water to the surface in the Pacific, prevents thunderstorms from developing because systems need warm water to strengthen. The lack of storm activity decreases western winds significantly across the Gulf of Mexico and the Atlantic.Without western winds to break up the strengthening cycle, tropical systems in the Atlantic and the Gulf of Mexico have an easier time strengthening. 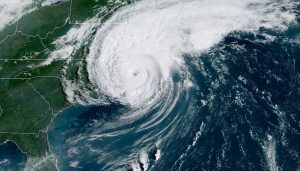 We have attempted to break down the four main reasons scientists are predicting a “hyperactive” 2020 season. There are hundreds of other variables beyond the scope of this blog that can influence weather forecasting. We encourage you to learn more at www.noaa.gov and, as always, stay weather aware!

Complete is the largest disaster restoration company on the Gulf Coast. We are responsible for mitigating damages for hundreds of buildings after storms, getting thousands of companies reopened, and enabling employees to return to work so that tens of thousands of customers in our community can obtain the goods and services they need. Our consistent ability to do these things makes it an understatement to say that we are following the latest guidance issued from numerous professional organizations regarding the upcoming Hurricane Season.  If your business needs assistance preparing for this season, please call and ask for Sales.

Our emergency response teams are available 24 hours a day, 365 days a year using the most up-to-date technologies and is proud to employ quality professionals with superior skills and certifications. Our team is fully insured, licensed, and is registered to do business in the Pensacola, FL, Tallahassee, FL, and Mobile, AL areas.