When Disaster Strikes, We Strike Back

In February 2016, two tornadoes, seven days apart from each other, tore through the exact same location in Pensacola, FL.

Before the initial storm, business owners of the Eastgate Plaza were aware of severe weather expected to enter their area, but most did not expect a tornado. Around 6:00 P.M. on February 15, 2016, lasting only a couple of minutes, a tornado swept through the plaza, tearing off roofs and signs of businesses, shattering storefront windows, and leaving most of the area without power.

Complete was immediately called on the scene by client, Validus Group, a commercial real estate investment company in Tampa, FL that owns the Eastgate property. Within one hour of the tornado, Complete had started boarding up and securing the property, including ten of the businesses that make up the Eastgate Plaza.

Within 36 hours, the team had secured all affected units, cleaned the debris in the parking lot, and completed inspection of the property so the undamaged or minor damaged units could reopen. Three 6000 CFM desiccants were set up on the larger affected units, and the team used generators and LGRs on the smaller units.

Temporary roofing, including decking replacement, was required on over 40,000 feet of flat roofing to prevent additional water intrusion while the scope and scheduling was determined. Complete worked closely with the property owners, tenants, and all parties' insurance companies. The team also facilitated the disposal of inventory from two of the units. In another unit, Complete completed inspection and replacement of a 180 x 20 foot firewall that had collapsed, so the business could reopen and to prevent its permanent closure; they accomplished this is 72 hours.

Unfortunately, only seven days following the initial hit, another tornado touched down in the exact area while they were working on repairs from the first storm. This brought an additional 120 residential claims for Complete. The team now also had to adjust the scope of Eastgate Plaza to include repairing the damaged tarp the team had already installed, and addressing the damage affecting a 48,000 square foot Winn Dixie (grocery store) that had more than half of its roof torn off. The new storm caused additional water intrusion in the buildings that were affected by the first tornado, and added even more damage to the units. Luckily, employees and security were onsite during the second storm, so Complete was allowed to immediately evaluate the additional damage, start water extraction and begin securing the additional units within minutes of the storm.

Due to Complete's immediate response, Winn Dixie was able to reopen within 14 hours of the passing of the second storm, and full mitigation for the store was completed in less than one week.

Despite the additional work required from the second tornado, Complete maintained solid teamwork and communication from start to finish. 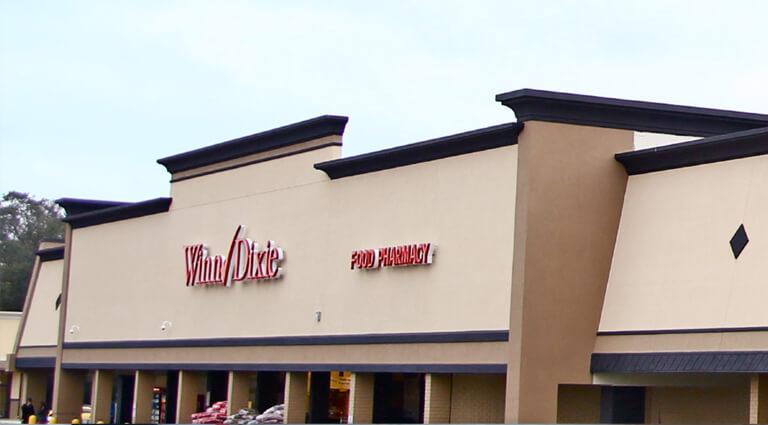 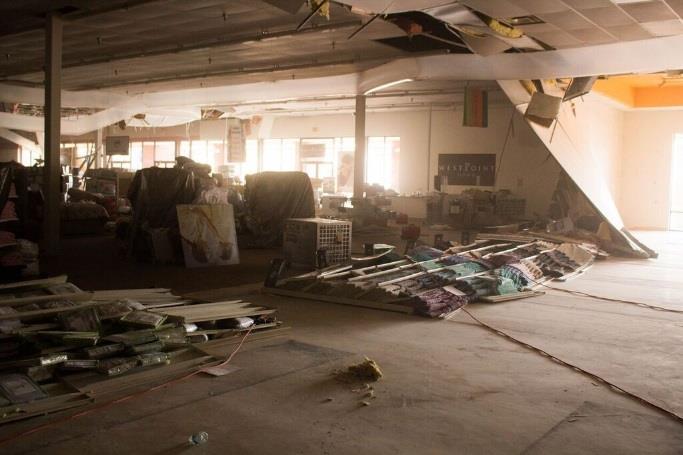